Full Name
David Hartman
Job Title
Chief Executive Officer
Company
Symphony Care Network
Speaker Bio
As the Chief Executive Officer for Symphony Care Network, David is a seasoned professional in long-term care with more than 20 years of executive management experience at every level. Beginning his career in 1997 as an Administrator, David quickly showed his acumen for the industry by rising through the ranks to Managing Partner, Chief Financial Officer, Director of Operations, and served as President for 5 years before taking on his current role in January of 2014. From overseeing compliance functions, leading the charge for all new business development and relationship opportunities, to monitoring the finance and treasury functions of the related organizations, David is continually driven to finding innovative ways to deliver quality healthcare for the guests and residents of the communities served.

For the past 5 years, David has been the President of his children’s school,
Arie Crown Hebrew Day School, a private educational institution located in
Skokie, Illinois, which serves over 700 children from the local Jewish community, offering exemplary Judaic and secular education.

An alumni of the Wisconsin Institute for Torah Study, an all-boys high school in the Milwaukee, Wisconsin area, David was inspired to join their Board of Directors for 4 years before assuming the role as Chairman of the Board, a position held for the past 3 years.

David’s passion for making a difference in the community extends to his over 20-year relationship with Keshet, a school serving the needs of special needs youth in the Northbrook, Illinois area. He served on their Young Leadership Board for over 10 years and later joined the Board of Directors for 6 years. Following that, he was named the Chairman of the Board of Trustees and has remained there for the past 4 years.

Focused on sustaining a family-centric culture, David and his family created the Heart & Soul Foundation, a 501C3 organization aimed to assist Symphony employees who have been adversely affected by severe financial hardship originating from life issues outside of their direct control. Originally funded by the Hartman Family in 2010 and sustained by contributions of Symphony employees, the Foundation has contributed meaningfully to be there for “their own.”

David holds an undergraduate degree from Hebrew Theological College and a Master’s degree in Business Administration from Loyola University in Chicago. He and his wife, along with their four children and two grandchildren, reside in the Lincolnwood, Illinois area.
Speaking At
Panel Discussion: Changing the Narrative 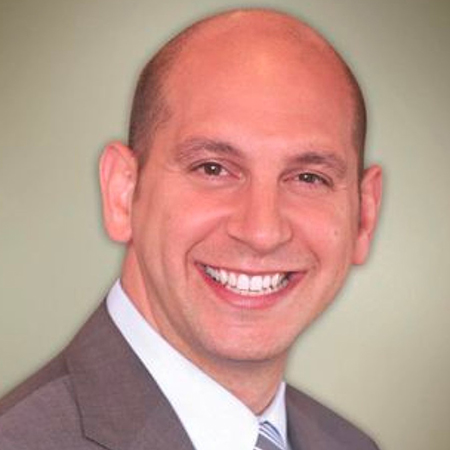